The following teaching artists will work with Pages students and teachers this year:

Chiquita Mullins Lee, writer
Chiquita Mullins Lee is the project coordinator for Ohioтs Poetry Out Loud National Recitation Contest. She serves as a teaching artist for the Ohio Arts Councilтs Artist-in Residence program and has taught creative writing in schools throughout Ohio and at the Thurber House. She won individual artist fellowships from the Greater Columbus Arts Council in fiction and playwriting and from the Ohio Arts Council in fiction and non-fiction. Chiquita co-wrote 12, a three-woman show about girls on the threshold of womanhood, and Myrlie, Coretta and Betty: the Mothers of the Civil Rights Movement, in which she plays Coretta Scott King. She was the 2007 Ohio Arts Council summer writer-in-residence at the Fine Arts Work Center, Provincetown, Massachusetts. She wrote scripts for TechKNOWKids, which received an Emmy nomination. Her non-fiction work has been published in Fifth Wednesday Journal and her poetry published in the anthology Red Thread/Gold Thread. Her plays have been presented as part of Contemporary American Theatre Companyтs Shorts Festival 2000 and 2004. Her critically-acclaimed one-man play, Pierce to the Soul, received its world premier at CATCO in 2010. Formerly of Atlanta, she worked as a producer/director at WDCN-TV in Nashville. She earned her bachelorтs degree from Vassar College, a Master of Arts degree from Ohio University, and a second masterтs degree from the Ohio State University.

Mark Lomax, II is a drummer, composer, and musical scholar. As a drummer, Lomax has been featured as a member of the Marlon Jordan Quintet, the Delfeayo Marsalis Sextet, The Ellis Marsalis Quintet, and the Azar Lawrence/Edwin Bayard Quintet among others. Mark has penned over 200 compositions for many genres including jazz, gospel, and тclassical.т His orchestral arrangements of gospel songs have been played by the Nashville Symphony, the National Symphony, and the Akron Symphony. His jazz pieces, which run the gamut from тheadт arrangements to extended compositions, have been performed, and recorded by his premier performing ensembles: The Mark Lomax Quartet, The Mark Lomax Trio, and his Afro-chamber Ensemble. In addition to performing and composing, Mark has taught college preparatory theory classes in the Columbus Public School system. He has developed general music and music history curricula for the Martin Luther King Jr. Summer Camp program and the Directions for Youth and Families program that targets тat riskт youth and teens. Lomax holds Bachelor and Masterтs degrees in composition and is completing a Doctor of Music Arts degree at The Ohio State University. 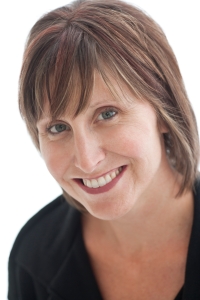 Kelli Trinoskey
Kelli C. Trinoskey is an award-winning television and documentary writer and producer, having worked for ten years in Atlanta, Georgia for CNN, Turner Classic Movies and Connect with Kids Network, Inc. She currently teaches creative writing classes in the Columbus area for young writers, ages 12-20. Her written works have appeared in The Columbus Dispatch, Literary Mama, and in a recently published anthology entitled: When One Door Closes т Reflections from Women on Lifeтs Turning Points. Look for her article on Bexley’s historic Jeffrey Mansion in the October issue of CMH Magazine. Finding her way back into the world of television, she is writing a one-hour documentary on the historic Columbus University District neighborhood for WOSU Televisionтs Columbus Neighborhoods Project. 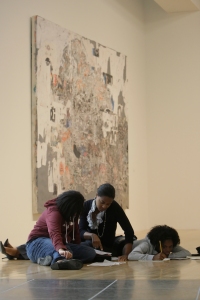 Dionne Custer, writer
Dionne Custer is an arts educator serving K-12 students and teachers at The Wexner Center for the Arts, where she pioneered several innovative K-12 school programs including two high school programs: Pages, a multi-visit writing-based arts program and WorldView: Cultural Intersections in Contemporary Art. She holds a Bachelors degree in English from The Ohio State University, and is currently completing a Masters degree with a dual concentration in Arts Education and Creative Writing at Antioch University. For 12 years, she has served in Central Ohio communities as an artist, educator, and advocate, focused on arts integration in K-12 education, creative writing, the teaching artist as a practice, performance art, and developing arts-integrated programs that build interdisciplinary experiences for youths and teens. In 2006, she received a Fellowship for Emerging Leaders in Nonprofit from the Academy of Leadership and Governance at the Jefferson Center for the Arts. Community-based partnerships and projects in the arts and education are commitments she integrates in her work. She serves on committees and works in partnership with several local organizations including Ohio Arts Council, and the Greater Columbus Arts Council. For her work and leadership in the arts, she was recently awarded a leadership fellowship with Americans for the Arts.